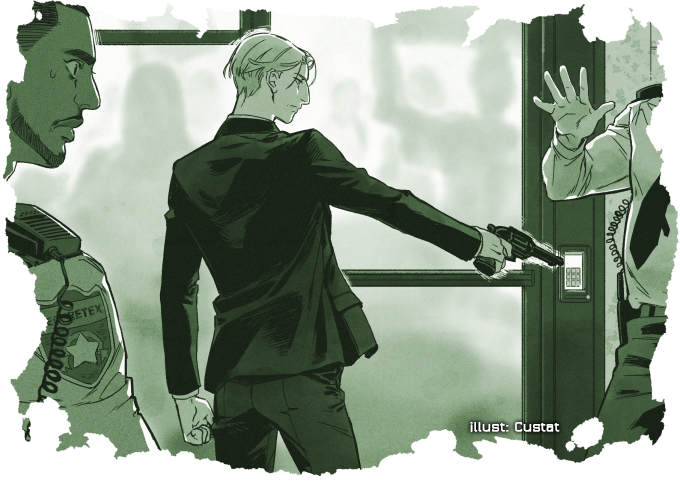 The guards step back in fear. They have never handled a weapon before, let alone dealt with any kind of conflict on the job. Some more lucid members of the crowd outside take notice of the situation unfolding in the building and begin telling others they’ve spotted a firearm. Anger turns to fear, and some protestors are trampled as others make their escape away from the door. Others are only filled with more rage, the appearance of a firearm equivalent to a declaration of war. The banging on the glass gets louder, but there is no sound to it.
“This is the last time I’m asking.”
The guards lunge at him. David takes this as refusal.
A single bullet is fired.
The crowds rush in.
David is swallowed in a sea of people and walks against the current.
Time for work.