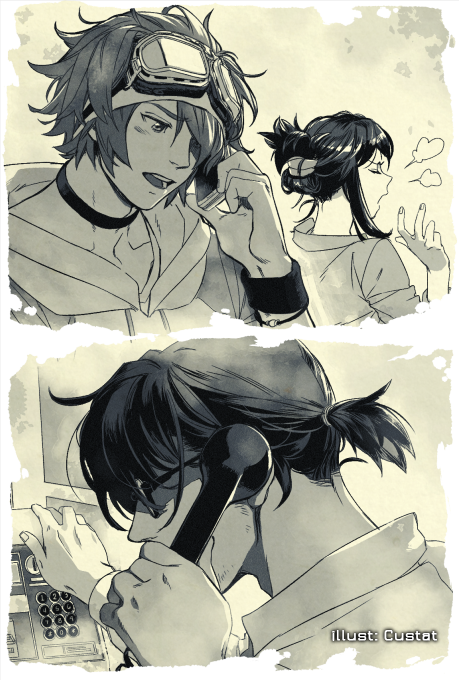 Like any other rest stop, it was clean only superficially. Dirt and grime had accumulated in the corners, just barely visible. A maintenance crew obsessed with doing only the bare minimum, because it was a transient place for people. The wind blew and pushed his long hair out of his face. Had it always been this long? The hair that fell in front of his face was long enough now to reach into his mouth, and became almost impossible to push out of his vision without holding it in a ponytail. It didn't help that his glasses were perpetually dirty because of the hair constantly rubbing its grease along the lens. Just as well, he thought, since he was less recognizable with them off, and the world had been becoming just as blurred whether or not he was looking at it through prescription lenses.
"I'm okay," he said. "I think."
"When do you think it'll be safe to come home?"
"Who's to say? I can't imagine a world where I'd be allowed to anytime soon. That's why it's absolutely imperative you stay out of trouble yourself, and keep an eye out."
"For what?"
"I don't know. The unusual?"
"Unusual... like men in black? Like in those alien movies?"
"Sure, kid."
"That sounds kind of cool..."
"It's not as glamorous in real life. It's just tired guys in suits."
"Well, I won't let anything bad happen to me. Don't worry."
"Thanks."
"Ryuuji."
"Yeah?"
"Is there anything I can do?"
"Nothing. Not yet, at least."
“I’m here. You can leave me a message in our little coin locker box any time you like.”
“Wow, look at you, becoming all reliable-like. You’ve certainly grown up, haven’t you?”
“Yeah, I’m almost six feet tall! If you don’t listen to me I’ll just squash you like a bug!”
“I’m shuddering in my boots at the thought of it.”
“Well, I won’t keep you any longer.”
“Thanks. Take care, kid.”
The line cut.