“Oh, it’s you. I haven’t seen you in a while.”
“Sorry I couldn’t come any sooner.”
“I didn’t expect you to come at all."
The heart monitor's beeping filled the dimly lit room. It was nighttime, much beyond visiting hours, and David had only forced his way in by showing various badges until the nurses had no choice but to legally let him enter. 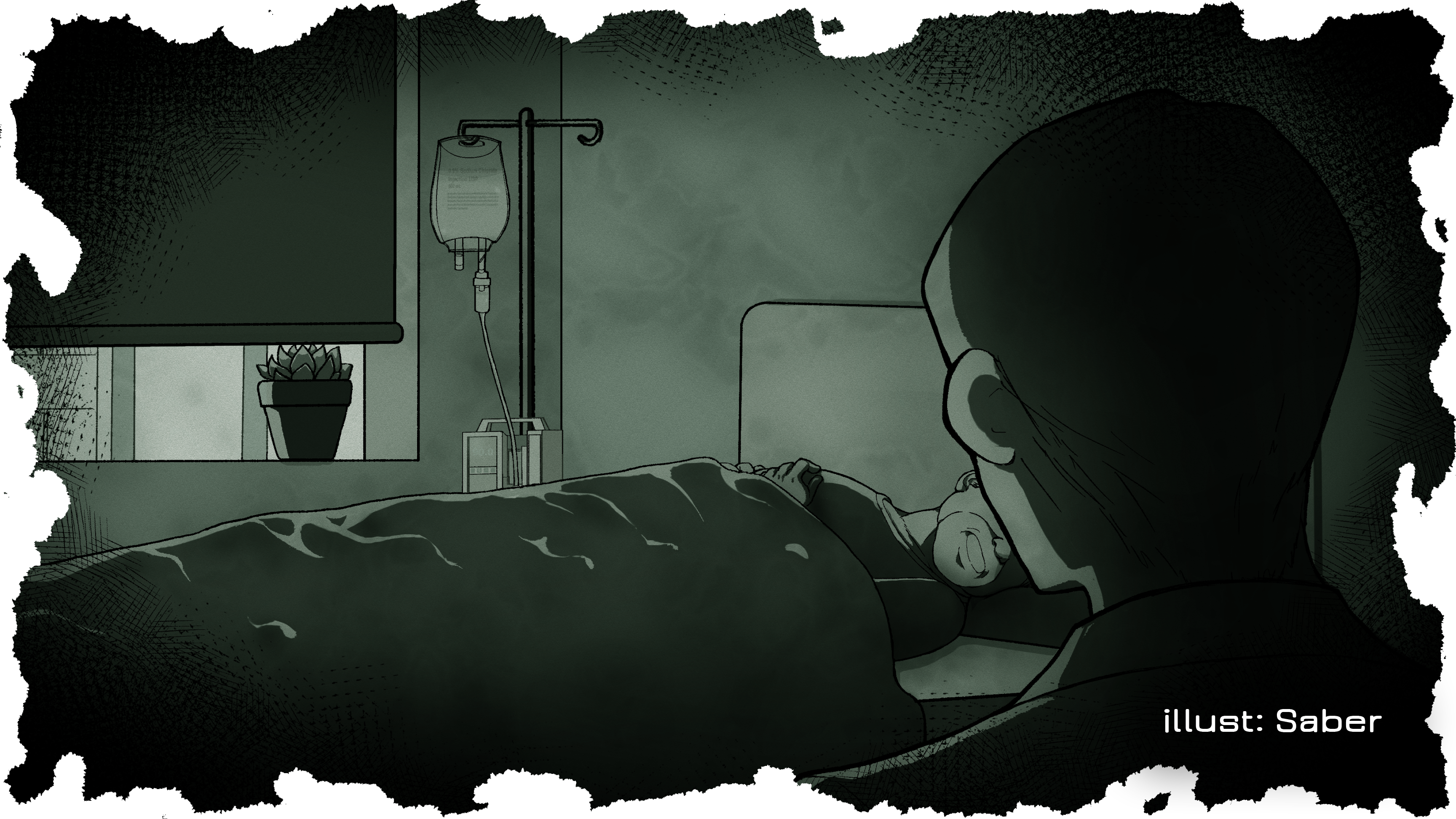