A steady clanging of metal formed a heartbeat in the industrial landscape Reiko was standing in. In her pocket was a small knife she had kept on her person since her college days, but she had never gripped it like this before. It wasn't that she was scared, just ready for anything. Nonetheless, they were meeting in broad daylight, specifically lunch time.
The clanging went on. Reiko could feel her stomach rumble. She had left in a bit of a hurry and forgot to feed herself after preparing food for the cats. The area was off a freeway, and most sound was obscured by the unceasing rushing of cars up above. Iron wreckage laid about everywhere between unfinished buildings.
From behind one of them, half a man's body could be seen. Dressed in a large trenchcoat, sunglasses, and a face mask, he was the very image of an informant, as if he had only seen such characters in movies. And, just as comically, he waved Reiko over. Her grip on the knife loosened somewhat, and she apprehensively made some strides over in his direction. 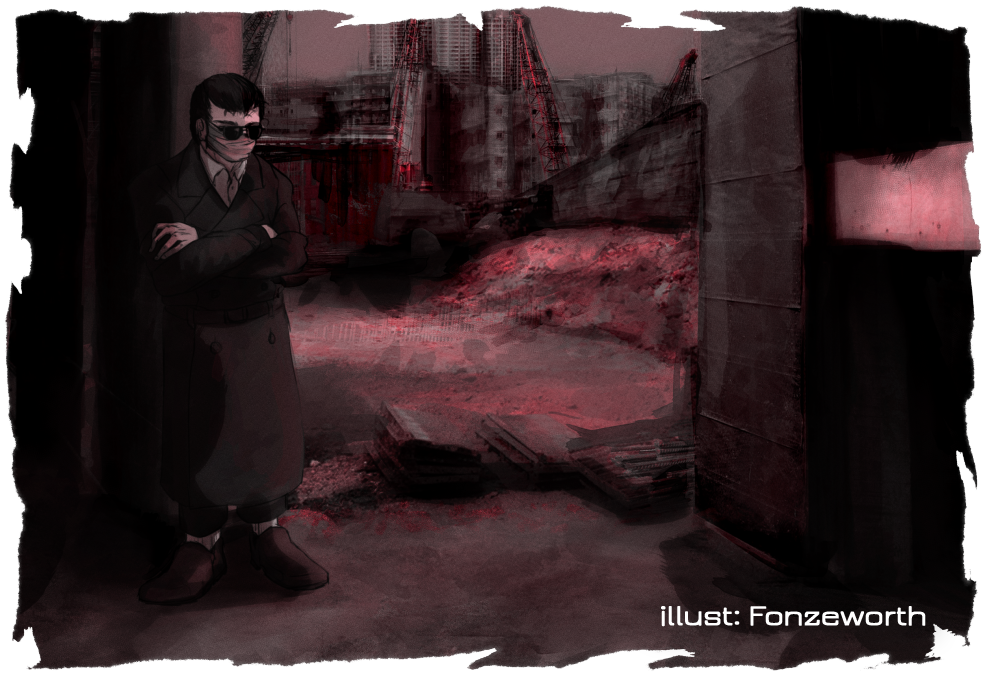