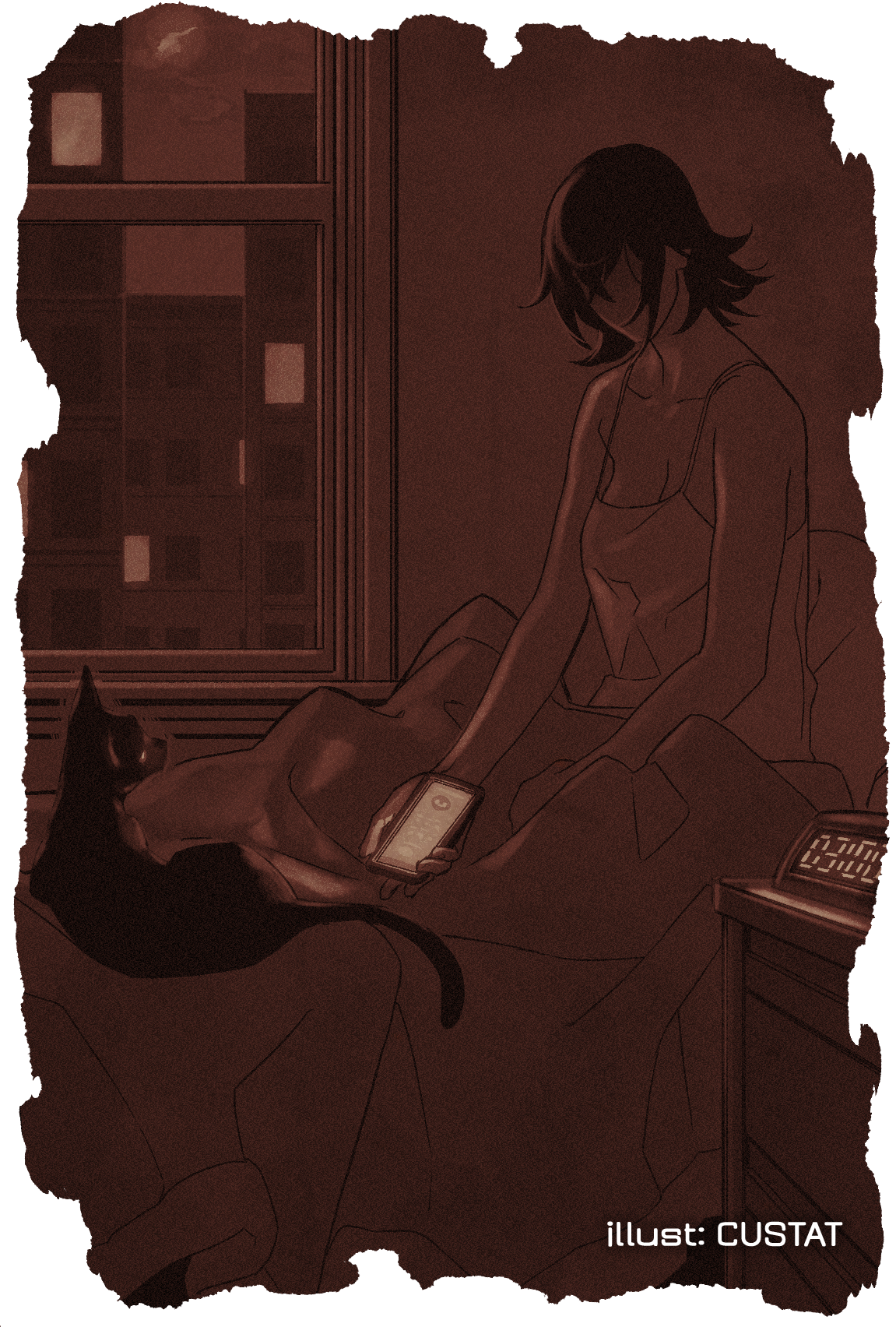 The full moon was completely covered by clouds now.
Billy stared at Reiko Saeki, and a woman with no name stared back at Billy.