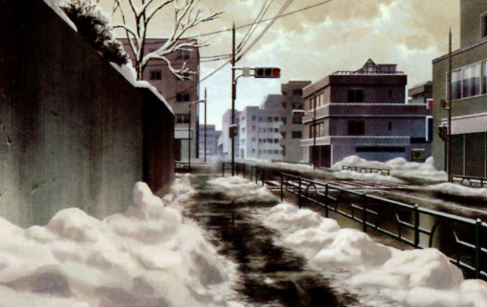 ALTIMIT Enterprises, the megacorporation that has an 80% hold on the consumer electronics market, announced plans today for the expansion of its Digital Zone Project to the United States.

The Digital Zone Project originally was a joint venture between ALTIMIT and the Japanese federal government, the first time an American corporation worked in tandem with Japan. Launched in the Aomori prefecture of northern Japan, the area was designated a Digital Zone wherein experimental new quality of life upgrades would be implemented. Among various environmental regulation, traffic control, and sewage system upgrades, the most controversial has been the implant chip all residents carry in their bodies with their most personal data.

While it has been successful in Japan, Americans are unsure of its invasiveness. "What I know for sure," says Kentucky governor Laura Coleman, "is that I speak for all Americans when I say I don't want any computer chip under my skin."

The DZP's less invasive technologies will be rolled out in smaller communities across the east coast. Some townships include Detroit, Long Island, and New Hampshire, among others. ALTIMIT hopes to have the entire east coast a digital zone by the end of 2026, perhaps too soon by American expectations.

ALTIMIT's founder and chairwoman, Sibyl Green, had this to say of the project:

"ALTIMIT's vision has always been the prosperity between humanity and technology. The initiative we're taking with the Digital Zone Project is a direct continuation of that philosophy. It's the beginnings of a world where the technology we use becomes like an extension of our own body. I can assure the American people that we are working closely with the government to ensure utmost security and convenience in the implementation of the project. This is for a better future."

The White House signed off on the DZP after the success of its trials in Japan. Despite one incident in 2022 of private data leaking, ALTIMIT assures consumers it has fortified its system tenfold to ensure no such errors can be reproduced.