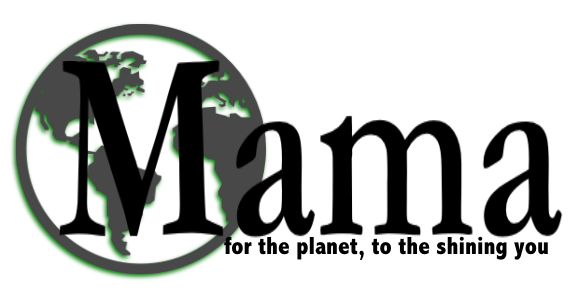 In the year 1992, a 20 year old German woman named Erna Uhlenhuth experienced a supernatural phenomena known as Planck Acceleration, in which the particles of any object existing in the observable world are accelerated at the Planck scale, detaching them from what is known as “reality.” This experience was triggered by exposure to a phase-field experiment conducted at the University of Paris Steiner Center for Health where I conducted my own research.

It was here that I met young Uhlenhuth, and proposed she become a test subject for controlled luminous phenomena study, in which exposures to certain types of lightwaves emitted by a species of plant known as the Sheldrake Luciferase cause irregular disruption in the human body.

Discovered in a cave within the Black Forest mountain range of Germany, this plant was historically used by ancient Germanic civilizations to light their pre-industrial villages. In surviving records by neighbouring trade posts, all of these villages were said to eventually disappear completely, leaving no traces of their existence. In any surviving records, it is said the night before the sky always lit up as if it were daytime. Thus, the Sheldrake was deemed to be a cursed existence, and others attempted to force its extinction.

Descendants of those in these cursed villages who would later go on to form the Celtic ancestry protected the Sheldrake species in caves across Europe with sophisticated self-preservation technology that utilized the power of the moon. The specifics of this technology are not yet understood, and only one of supposedly eight caves has been discovered. The following symbol was etched on the walls in ash:

The specific lightwave of this plant recreates particle movement seen only in contemporary studies of particle colliders and in the field of string theory. I am not a quantum physicist, but all academics would know that this field deals in the nature of reality itself.

My studies originally began as following up research by a Dr. Tomokichi Fukurai beginning in 1910. Dr. Fukurai had been interested in clairvoyants and their psychic abilities. He conducted a series of experiments with women who had been known by family members to exude a psychic power that went beyond parlor tricks.

The experiments were simple at first. Dr. Fukurai would hide leaflets with Chinese characters written on them that were unbeknownst to himself as well, and the subject would utilize their clairvoyance to guess the character(s). For the most part, they were correct. Various different conditions sometimes blocked their abilites, but they did exemplify what can only be classified as "supernatural" power. While each clairvoyant's method of accessing that power was different, they all involved intense concentration through a form of meditation--Ms. Ikuko Nagao, for example, was an intense worshipper of Japanese spirits and focused on invoking them during her experiments to produce her clairvoyance.

However, it is that supernatural nature of the subject that has caused it to be abandoned by researchers. There is an inherent mysticism to this sort of thing that the thinking minds of my colleagues are unable to accept. They forget, however, that all science was at one time considered "mysticism," the origin point of many religions. It is for this reason that I am continuing Dr. Fukurai's research.

There are two schools of study established by Dr. Fukurai: thoughtography and spirit photography. He asserts, however, that "these two phenomena to be resolved into functions of the same spirit." That is, thoughtography is symptomatic of the spirit's inhabitance of the personal consciousness, whereas spirit photography comes from the spirit acting through the "super-personal consciousness," that is, the out-of-body realm (i.e. the astral plane, the 5th dimension, or whatever definition you see fit).

Thoughtographs in Dr. Fukurai's study were simple projections of symbols and objects, wherein he would wrap photographic plates with opaque, light-blocking material, and then ask the clairvoyant to use her psychic ability to develop the photograph with whatever symbol he asked of her, usually a Chinese character.

Ms. Uhlenhuth exemplified an extreme latent thoughtographic ability, wherein I would describe visual sceneries to her that do not exist anywhere in reality, and she would be able to "print" them on specially prepared film with ease. This was the most shocking of the experiments we conducted--Ms. Uhlenhuth was recreating the fantastic visions of my mind's eye with ease, exactly as I pictured them, as if it were some form of visual telepathy. I know this is impossible to prove, but all I can ask of my readers is to trust my long and decorated career as an anthropologist. This is not the occult. This is science in action.

As you can see in fig. 1, the spirit photograph produced by the British medium and spirit photographer Mr. William Hope is crude, but nonetheless evident that a spirit is present. With the advancement of photographic technology, I have been able to produce better results. The field of spirit photography has long since been considered a sham and the works of skilled photogrpahers utilizing camera tricks, but I have found empirical, modern evidence that this was not thecase. While Mr. Hope produced these photographs of spirits external to himself, the experiments I conducted with Ms. Uhlenhuth were of her own spirit, which was strongest when she was most destabilized.

It seems that Ms. Uhlenhuth's psychic ability is a result of exposure to luciferase, and she has become a "medium" of sorts of the specific lightwave it produces. Perhaps Ms. Nagao was also exposed to such substances, as Dr. Fukurai also hypothesized that her thoughtographic abilities and clairvoyance laid in her ability to transmit lightwaves onto otherwise opaque surfaces.

It can be said that Erna Uhlenhuth has been ‘destabilized’ from reality. Her regular psychological processes were disrupted following the experiment, and she regularly makes leaps and bounds in her own thinking, as if she is unable to express as fast as she can process. The hologram of reality is “loose” to her, and Ms. Uhlenhuth has expressed memories of events that did not occur to her. Despite all this, Ms. Uhlenhuth has been able to continue on her regular life, with this “destabilization” phenomena only occurring episodically, without her knowledge.

The two most powerful clairvoyants that Dr. Fukurai studied, Ms. Mifune and Ms. Nagao, both died quite young of inexplicable illness following the experiments. If they too were sensitive to Planck Acceleration, then it seems this condition can be fatal if not carefully treated.

To future researchers in this field: beware of cascading realities.

the disappearance of erna uhlenhuth

With the sudden development of computing technology in the late 20th century, Uhlenhuth became interested in observing the phenomenon more closely and thus became intertwined with Harald Hoerwick, a man at the helm of this technological movement. Ms. Uhlenhuth, wanting to escape her condition and form a world of her own design, proposed the creation of a goddess who existed between reality and what Harald hypothesized was the reflection of the collective unconscious, the Net. It was around this same time that she proposed to me the Human Digitalization Plan, codename PROJECT TWILIGHT, in which her own symptoms could be used to “store” humanity digitally in accordance with my own hypothesis on the future of humanity. I must admit, this was quite a radical idea—but it was the only reasonable plan put forth in the short time our organization had been established. However, Ms. Uhlenhuth disappeared shortly after this, and the Goddess was born. The term Ms. Uhlenhuth gave to subjects like herself was “doubleware,” that is, a human whose sensitivity to Planck acceleration could be observed and recorded in an electronic format. Thus, Uhlenhuth was the prototype—the format doubleware.

Since then, there have been no discoveries of any further doubleware subjects.